Prehistoric communities and monuments on the Fenland Ouse 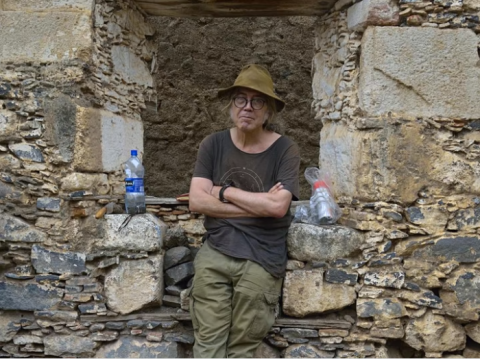 Informed by the subject’s historiography, and arguing that our fieldwork needs to be imbued with a greater experimental ethos (i.e. ‘failing better’), the talk will address a number of themes arising from over 40 years of investigation along the River Great Ouse at its junction with the Fens. Starting with the Haddenham Project of the 1980s – with its great causewayed enclosure and long barrow excavations – the early 1990s and beyond have seen development-led fieldwork at Barleycroft Farm/Over expose ancient landscapes on a huge scale. Against a background of cross-landscape artefact and environmental sampling on a multitude of sites (tackled by wide-ranging methodologies) and the investigation of numerous monuments (including 16 barrows/ring-ditches, henges, and five long mortuary enclosures) the unprecedented scale of the work allows unique insights into prehistoric communities and their riverine land-use. The talk’s key themes include the character of early pit cluster ‘occupations’ and the expression of distinct group identities at a local level; varying period-settlement floodplain distributions; the nature of ‘ritual landscapes’ and their relationship to contemporary settlement; and whether barrow cemeteries on mid-stream islands were central places or instead had territorial linkages to one of their adjacent bank-side landscapes.

Christopher Evans is Emeritus Director / Director of Research of the Cambridge Archaeological Unit at the University of Cambridge. Having worked in British Archaeology for over forty years, he co-founded the Cambridge Unit together with Ian Hodder in 1990. He has directed a wide variety of major fieldwork projects, both abroad (Nepal, China, & Cape Verde) and in the UK. A Fellow of the Society of Antiquaries of London and a Fellow of the British Academy, he has published widely on the history of archaeology, and has written numerous reports covering his own landscape projects, such as Fengate Revisited (2009) and Twice-crossed River (2016), and those of earlier-era practitioners in the Unit’s Historiography and Fieldwork series. Together with Tim Murray he edited Histories of Archaeology: A Reader in the history of archaeology (OUP 2008).