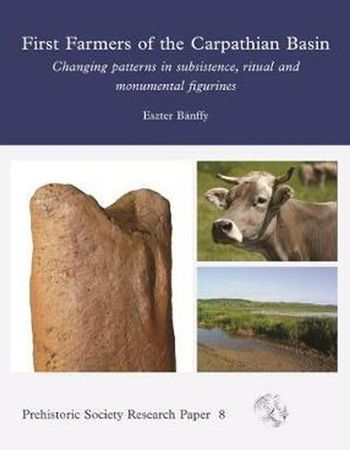 This study explores and demonstrates processes of cultural change in the first half of the 6th millennium cal BC, among the Körös and Starčevo groups of the northern marginal zones of the Balkans. Within this period and zone, which forms the southern part of the Carpathian basin, clay was the fundamental and most abundant building block of material culture, architecture, everyday life and cult practices. Clay walls, furniture, ten thousands of vessels, hundreds of clay figurines and other cult objects accumulated as huge piles of clay debris in every settlement. Traditional system of subsistence patterns ceased to fully function when these first farmers occupied cool and wet hilly forested landscapes: the environmental and cognitive challenges gradually led to the decline of this clay-centred orbit.

At the same time, these changes gave birth to a no-less stunning world constructed more of timber and stones, with transformations in subsistence, material culture and rituals. This transition is inextricably bound up with the formation of the first farmers’ communities of Central Europe, the Bandkeramik (LBK). The need for new elements of subsistence involved the increasing significance of cattle over caprinae: this shift infiltrated into ritual activities. The newly identified large horned cattle figurine type, acting as the cornerstone of this study, is an embodiment of the last instance among the South-East european communities of the clay world, while changes in the depictions already reflect the transformation of lifestyles. The role of cattle and their monumental depictions, found in domestic contexts, define methods for unfolding this phenomenon.

In this fascinating new study, Eszter Bánffy takes a holistic approach to the definition of monumental early Neolithic clay figurines, analogies over South-east Europe, and the reconstruction of rituals involved in the making and using figurines. She reviews a broad scope of environmental and (social) zooarchaeological analyses to examine the concomitant development and significance of early dairying. The target is to present one possible narrative on the fading of the South-east European ’clayscapes‘, towards the birth of the LBK and the Central European Neolithic.